Where to find all secret Bunker Chests in Fortnite Season 6

Don’t fall behind the meta, Bunker Chests are bound to be hugely important this season.

With Fortnite Season 6 in full swing, players are quickly coming to grips with the crafting system and learning how to upgrade their weapons efficiently. But there is another easy way to get your hands on the best loot.

Sensing that danger was coming, several islanders prepared special “Bunker Chests” ahead of the cataclysmic Zero Crisis Finale. These chests contain items ranging from rare to legendary, including powerful gear like Rocket Launchers.

While the Bunker Chests are not guaranteed to spawn every match, they do have fixed locations. Learning these spots early will give you an advantage over your enemies and help you to plan out your drop. 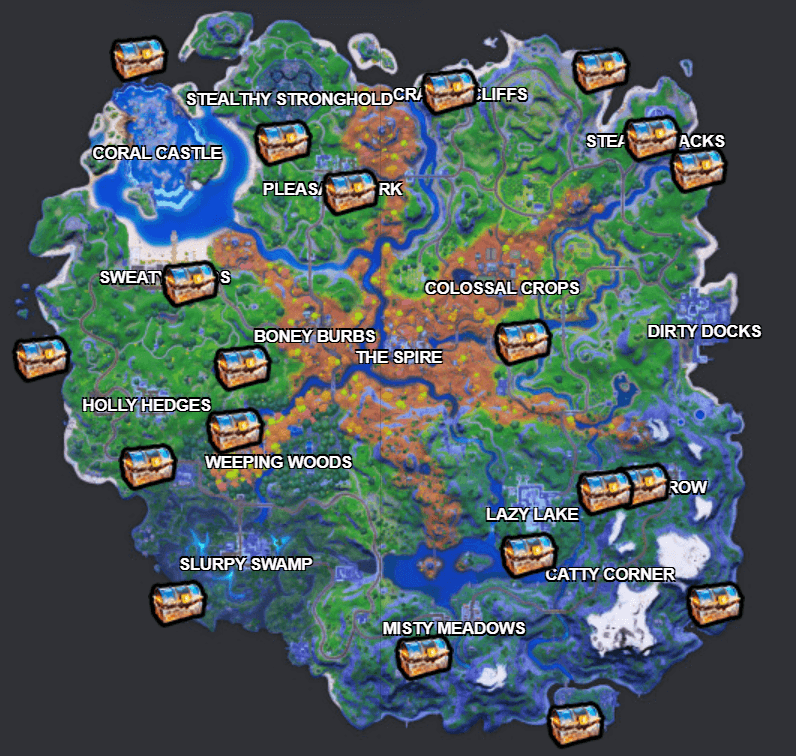 As of right now, 20 of these new chests have been discovered, as displayed in the image above. If you have trouble finding any of them, head over to Fortnite.GG and use their interactive map to zoom in on a specific chest.

Similarly to other chests, Bunker Chests emit a unique audio cue which gets louder as you move closer. Although most of them can be found inside buildings, some are actually buried outside.

For these underground chests, you will need to look out for a small mound of dirt on the ground. Hit this mound with your pickaxe and you will begin to dig up the treasure.


If you fancy a visual guide, competitive Fortnite analyst @Reisshub shows exactly where to find the 4 underground Bunker Chests and how to unearth them, as well as a bunch of other handy Season 6 tips in his latest YouTube video.

Bunker Chests add an interesting element to the game as, unlike the blue Rare Chests, they always spawn in the same places. This means players can incorporate them into their strategy, increasing their chances to pick up a potentially match-winning piece of kit such as an RPG.